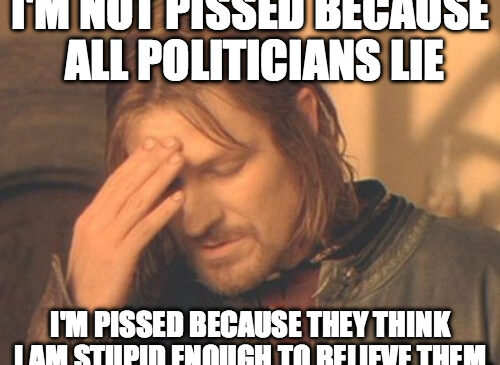 I recently came across a posting on Facebook sharing a video that was made by Representative Kat Cammack of Florida decrying the House of Representatives passing HR 5746 which had essentially been gutted by amendment from it’s original content as a bill authorising NASA to lease out underutilised property which was replaced by two House voting rights bills:

HR 5746 was selected as the vehicle for this bit of legislative jiggery-pokery as it had already been passed by the House and the Senate and was at the stage of the process where differences between the houses would be reconciled.

By using the “amendment in the nature of a substitute” to completely replace the original text and the House then voting to pass HR 5746, it would return to the Senate and be able to go directly to the floor and bypass the committee stages.

This is hardly a new procedure…it happens far more often than you’d imagine to fast-track bills through the Congress that can’t wait for the usual process such as increases to the national debt limit or extending funding to keep the government running and avoid a shutdown.

But something else Representative Cammack said caught my attention about 04:30 into her walking rant where she mentioned a provision buried in HR 5746 that she claimed would potentially allow House candidates to be paid six times the amount of their small dollar donations (i.e. any donations from individuals less than $200) at the taxpayer’s expense.

And indeed there is just a provision starting at page 552 of the massive 720-page bill in Part 2 – Optional Small Dollar Financing of Elections for House of Representatives:

Representative Cammack then goes on to claim that Representative Alexandria Ocasio-Cortez of New York who is clearly one of her favourite colleagues (NOT!) would benefit under this provision to the tune of $113M at the taxpayer’s expense and suggests that with such a wealth of funds available to her would be able to stay in Congress for life.

Now, the notion of a candidate for the House of Representatives getting $113M in campaign financing from the taxpayers when the average of the top 50 House candidates in fundraising receipts reported to the Federal Elections Commission is round $10.8M seems more than a little suspicious to me so I decided to dig a little deeper to see if Representative Cammack’s allegations are credible.

However, this is where Representative Cammack chooses to ignore the other provisions of this legislation that limit the amount of the contribution to one-half of the top-20 successful candidates individual contributions.

Sec 501 (c) LIMIT ON AGGREGATE AMOUNT OF PAYMENTS.— The aggregate amount of payments made to a participating candidate with respect to an election cycle under this title may not exceed 50 percent of the average of the 20 greatest amounts of disbursements made by the authorized committees of any winning candidate for the office of Representative in, or Delegate or Resident Commissioner to, the Congress during the most recent election cycle, rounded to the nearest $100,000.

We can only hazard a guess as to what that figure might actually be because the reporting available on the FEC site only shows the total of contributions from individuals which does not take into account the restrictions on what is a qualified individual contribution for the purposes of computing the contributions subject to this 600% payment.

If we were to take the reported figures as the worst possible case scenario where every contribution qualified, the top 20 fundraisers amongst the House candidates averaged $14,443,867 and so 50% of that to the nearest $100,000 would be $7.2M as the maximum possible payment to a candidate accepting funds under this statute which is *FAR* less than the $113M payday Representative Cammack claimed AOC would be entitled to.

In practise, that $6.6M maximum payment is likely to be much lower because the contributions that are considered qualified are much smaller than what individuals can actually contribute to the campaign. Also, the aggregate qualified small dollar contributions from any individual contributor cannot be more than $200.

Figuring out the actual qualifying contributions is beyond the scope of this post…suffice it to say that the amount a candidate can receive is far less than the figure Representative Cammack quoted for AOC.

Likewise, her assertion that the taxpayers are on the hook for these payments to the candidates is also completely false as it’s explicitly prohibited in Section 501(d).

Sec 501 (d) NO TAXPAYER FUNDS PERMITTED.—No taxpayer funds shall be used to make payments under this title. For purposes of this subsection, the term ‘taxpayer funds’ means revenues received by the Internal Revenue Service from tax liabilities.

Certainly, her outrage toward the amount of money flowing into the coffers of the politicians is justified however it seems clear that Representative Cammack is intentionally misrepresenting what this provision of the bill actually does and relying on the fact that the vast majority of voters won’t bother to do even the minimal amount of fact checking on her claims.

If she is truly interested in dramatically reducing the vast sums of money that currently corrupt our political process and end up in her pocket as well as her political opponent’s pockets, she’d be much better served being part of an effort to legislatively overturn the Supreme Court’s decision in “Citizens United v FEC” which essentially allowed unlimited dark money contributions by corporations and rich donors and may as well had put a huge “for sale” sign on Congress!

Good luck finding a handful of votes for that! There’s no way politicians of either party will vote for restrictions on the vast amounts of money sloshing about to get them elected and keep them bought once they’re sworn into Congress.

Prior to “Citizens United”, politicians and lobbyists had to jump through quite a few hoops to disguise dodgy contributions that circumvented what few rules were in play. They had to adhere to contribution limits that made it a nightmare trying to get big cash infusions and keep their donor lists secret.

Now they don’t even have to pretend they’re not buying the half of Congress worth having in their pocket with the end result that the individual voter who was already marginalised by the scheme in place before “Citizens United” truly has no chance of meaningful influence over their “representative” when trying to compete against the wealthy special interests.

I would rate Representative Cammack’s description of the small dollar financing provisions of HR 5746 as “Mostly False” using the Politifact Truth-o-Meter scale.

Whilst she is certainly correct about the existence of the 600% payment provisions and generally gets AOC’s numbers close enough to be considered credible, willfully ignoring the limiting provisions that would dramatically reduce the amount paid to AOC and other candidates as well as outright lying about the taxpayer funds being used for those payments effectively reduces what could have been a useful conversation on campaign finance into a fear-mongering rant meant to induce anger and donations to her campaign by her political base which veered awfully close to “Pants on Fire” territory.

The moral of this story is simple: do not accept at face value anything a politician says. Always make the effort to fact check them using reputable sources of information and then try to make the best and most informed decision you can amongst the unpleasant choices on offer.