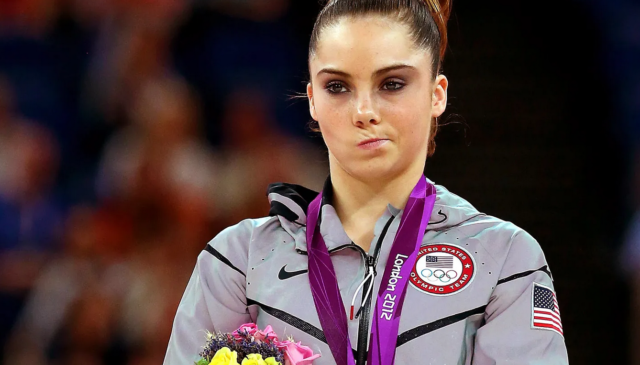 It seems like yesterday that I was writing last year’s “Urbi et Orbi” post on what was arguably one of the lousiest years I’d ever experienced in my entire life.

Granted, that run included two divorces: being at Ground Zero of a rather unpleasant dispute between my parents that ultimately made history in North Carolina divorce law many moons ago as well as my own divorce whilst not the most pleasant or enjoyable experience was at least much less like the Hunt v Helms Senate race of 1984 which remains to this day the nastiest political contest ever by orders of magnitude (and when you consider the two Helms v Gantt contests in the 1990s that were as nakedly racist as it gets, that’s kind of saying something!).

But yeah…there’s not much sugarcoating the fact that 2020 sucked ass.

Between the advent of COVID-19 and the lockdowns and complete disruption of life as we knew it pretty much all round, it was a miracle that we managed to survive it all with some measure of sanity intact.

Toward the end of 2020, we had promising news of vaccines that were about to be approved and elected a new occupant that was at least theoretically better suited for the office of President to take up residence at 1600 Pennsylvania Avenue and we could try to look upon 2021 with a hope that it couldn’t possibly be worse than what we’d just gone through in 2020.

Julia certainly did her part to try to start the year off on the right foot when Mistletoe came home to her furever ‘ohana on New Year’s Day. It’s hard to remember just a year on how tiny she was for a puppy that was a little less than two months old at the time but Katie’s gift for being an amazing daughter throughout 2020 ended up being the best thing that happened to our little family by far. She stole all of our hearts that day and perhaps we could dare to dream that 2021 would be a vast improvement over 2020.

And yet, 2021 darned near managed to give 2020 the “hold my beer” treatment only five days later with the inciting of a riot and subsequent storming of the Capitol with the aim of disrupting the Electoral College count and visit violence upon our elected officials who were performing their Constitutional duties with the aim of overturning the democratic will of the people wishing for a peaceful transfer of power on 20 January.

Katie and I were watching CSPAN’s coverage of the debate in the Senate of one of the ill-considered objections from the House when we saw the Vice President hustled out of the chamber in the face of a violent insurrection and invasion of the Capitol not seen since the War of 1812.

I never thought I’d see anything like this in my lifetime. Truth be told, I’m thankful my father didn’t live to see a rebellion he’d have never imagined possible erupt at the centre of our government. As it was, it wasn’t a pleasant thought thinking his final resting place had a ring-side view toward this unthinkable act.

And when the kids weren’t looking, I’m not ashamed to admit that I shed a few tears with the realisation that the country and the norms of our political system, messy as it is from time to time, would never truly be the same again.

Where is Jefferson Smith when we truly need him most?

In spite of seeing the heart of our democracy stabbed with quite a few swords and a second impeachment that was as doomed as the first not on the merits but due to partisan loyalty, the year carried on nonetheless.

The vaccines would eventually be blessed by the FDA and CDC and find their way into our arms but we’d still have the masks to contend with in public but compared to what our healthcare workers have to deal with every day they’re on the job, I’ve come round to the view that whilst fogged glasses are inconvenient, there’s much worse things than a bit of annoyance.

Nicholas would find his way across the stage at graduation capping off a tumultuous school career as an honest-to-goodness Enloe Eagle high school diploma holder. Even though there were nervous moments even in the week leading up to the ceremony, he graduated and was gifted with a bit of sunshine right at the end of the ceremony to pierce what had been a dreary and overcast day that threatened to rain on his parade.

Since then, he’s worked hard at Dairy Queen and his thriftiness paid off when we lucked out and found a 2011 Camry in very good mechanical condition just in time for him to be off to Wake Tech and their automotive technician programme and eventually a position in the service bays of the Toyota dealership near by which he is thoroughly enjoying.

We’ve managed to have various bits of time on holiday in spite of the virus and the restrictions on movement. I was able to make a grand tour through Chattanooga to St Louis and then back through Columbus and Pittsburgh on the way to a couple of days in Washington DC to visit with Dad before coming home.

Katie and Alex would find their way to the beach but sadly Wake Tech’s schedule meant Nicholas would be staying behind for classes other than a quick weekender down east. I don’t think he minded much when he and Julia got to tick off one of my bucket list items with a trip to Seattle and pictures of their adventures that were inducing some serious Welch’s action…

Just when we thought we had a handle on 2021, of course a new variant of COVID-19 called Omicron comes along to add to the chaos that was caused by the Delta outbreak. Whilst Omicron is generally milder in symptoms, it’s much easier to spread…which is just what we didn’t need.

Just like we didn’t need my Traverse barfing up her guts on the motorway at the start of December and scaring the living daylights out of me. Fortunately it turned out to be much less severe than the blown engine I was imagining but it was still a rather expensive repair job that really wasn’t very nice to the budget!

The gutters to the house finally have screens in all of them thanks to the efforts of my wonderful neighbour who is far more handy and agile and not at all scared of being 20 feet above the ground.

We made it to the holidays and had a wonderful time together and watching a puppy experience festive sensory overload for the first time and figured we had managed to survive 2021 where none of us contracted COVID-19 (though we did have a late scare but that test turned out negative, thank goodness!).

So I’m thinking of what I wanted to write for today…and that’s when the newsflash that Betty White had passed away 18 days short of her 100th birthday.

Surprisingly that seemed to be noticed far more than the passing of anti-Apartheid icon Archbishop Desmond Tutu. No offence to the Archbishop but people nowadays would be hard-pressed to remember what Apartheid actually was (and a fair heap of Americans would be hard-pressed to even care because it was policy in South Africa!) but they certainly would remember lovably goofy Rose Nylund from “Golden Girls”.

Who else could pull off this line with a straight face?

“I know I look square, but I’m like my father’s tractor. I take a while to warm up, but once I get going I can turn your topsoil till the cows come home.”

Nice finish, 2021! You took out a civil rights icon and a beloved actress right at full time!

But it wasn’t enough to dethrone 2020’s reign atop the Throne of Turds.

At the end of the day, though the beginning and ending of the year was brutal, we managed to fill the months in between with enough counterbalances to the suckage of the continuing pandemic to bring the body of work for the year to a solid McKayla Maroney “Meh!”.

It’d be lovely to think that 2022 certainly has a pretty low bar to exceed in terms of expectations given 2020 and 2021.

Wouldn’t it be nice if we could finally move on from the virus and back to life as we knew it (well, at least the bits that didn’t suck)? But if we’re being realistic, I’m betting that the COVID vaccines will join the annual flu jab and we’re going to have to find some way to live and cope with a virus that’s not only going to not completely disappear but be constantly changing. Masks and “social distancing” are likely to be our new normal for the foreseeable future.

And we can probably expect to lurch from crisis to crisis until we finally find a way to come together as Americans and once again work toward a common goal. Hopefully that doesn’t come about as the result of another war or act of terrorism because whilst there’s usually a more united response to those evils, it hasn’t proven to have the staying power it did with previous generations.

What we can do is try our best to be safe and to cherish those that we love and care for as that love is far more permanent than a sucky year will ever be.

And if that doesn’t work, there’s a PuppyDoodleTM that is guaranteed to make your day brighter no matter how much you try to resist her charms! 🙂

Happy New Year and may the year 2022 be ever in your favour!