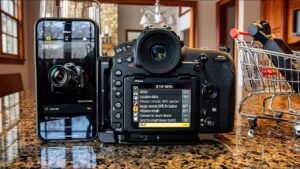 I’ve had the D850 for a year now and finally got to play with a feature I knew the camera had but had never used…the WiFi and Bluetooth connectivity. Up to this point, I hadn’t needed to mess with that built-in networking functionality because the workflow to get the images off the camera’s memory card […]

These lovely leaves might well have led you to think of Fortitude doing a big dump of red leaves to the deck but this was actually outside of the Eastern Wake Regional Centre near Zebulon. After getting the booster jab, it was a very welcome sight indeed to see such a beautiful explosion of colour […]

Today’s gallery is exactly why I love shooting in the autumn and as much as I love those two Japanese Maples in front of the house, Fortitude’s colouration will easily be my favourite. Only five days after the previous set of shots and Fortitude is in full-on red colour saturation. These were taken just before […]

The first set of photos were shot after collecting Katie and Alex in Clayton for the morning commute to school. I was loving how the fog was playing in the fields. Unfortunately, this is an example of just how quickly the light can change when you’re shooting shots like this. Right before getting to Julia’s […]

When it comes to full-on obnoxious colour saturation, no season comes close to the autumn for colour that practically explodes off the frame. These pictures were taken in the afternoon after collecting Katie and Alex from school. The first set of the trees at the intersection of New Hope and Rogers Lane shows just how […] 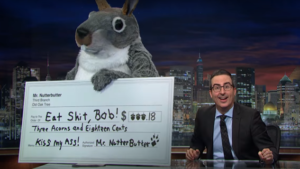 Everyone has “squirrel moments”, right? In this case, it was a real life “Mr Nutterbutter” who thought they could evade the reach of the camera lens on the iPhone to nick a nut. Oh, you silly squirrel! 🙂 There’s hardly a place on Earth where you won’t find at least one camera lens pointed at […]