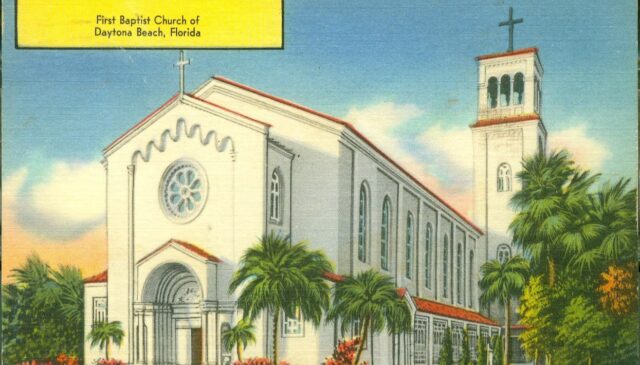 Another year has gone by the wayside but I was absolutely adamant throughout this year that last year’s entry in the journey without Dad’s comforting presence would be the last one where I’d howl at the moon about his passing at least for a while.

For me, it will always be a variation on the “stick your tongue where the tooth you just offered up to the Tooth Fairy used to be” but at least it’s only 5-10 times a day that I’m poking that particular spot and getting the same answer.

More often than not, it’s always something that happens during the day that reminds me of him whether it be what I’d imagine his reaction would be to something vexing him or something I’d expect he’d comment upon were he still with us.

Self expression was never a problem he ever suffered from…ever! 🙂

4  Make a joyful noise unto the Lord, all the earth:

Make a loud noise, and rejoice, and sing praise.

5  Sing unto the Lord with the harp;

With the harp, and the voice of a psalm.

6  With trumpets and sound of cornet

Make a joyful noise before the Lord, the King.

This year’s entry is probably the easiest one I’ve had yet and was inspired by visiting Miguel and Jessica’s church for their annual cantata. I was there to enjoy the both of them in concert with the choir.

What I wasn’t planning on was filming the performance but apparently there were some technical difficulties in the church’s equipment and so the congregation was asked if they’d shoot the video and share it with the church afterward.

The footage is actually pretty clean for being shot on a iPhone that quit recording a couple of times…there’s a slight glitch during one song where you’ll see where I had to get a little creative but all-in-all, I was pretty happy with the result given no time to prepare.

It’s even more amazing the footage wasn’t rubbish considering that as the performance is going on, I’m constantly being assailed by the many memories of Dad’s service to the music ministry at First Baptist Church in Daytona Beach FL.

To be sure, the music ministry was not the first one he got involved with when Grandma and Grandpa transferred their membership from the Methodist church in Port Orange to that huge ecclesiastical campus between Ridgewood and Palmetto and bounded to the south by (as it was then) Volusia Avenue.

He actually started out doing volunteer mechanical work on the church buses and pretty soon was driving them to collect kids for Sunday School who couldn’t make the journey to downtown Daytona themselves.

He also enjoyed baking cakes of ever increasing complexity to the point of winning the church competition three years running. The final monstrosity that got him quietly asked to stop entering the baking contests because the ladies of the church were getting right put out at being beaten by a *MAN* was a three-ring circus across three *FULL SHEET* pans.

One of these days, I’ll find the picture of it…it was truly impressive and it took his massive truck to transport it downtown for judging. Many pounds of flour and sugar were sacrificed to that Ringling Brothers and Barnum and Bailey monument to dropping a nuclear bomb on an anthill but as he was fond of saying, “mess with the best…”

I think you can finish that thought as he would have! 😉

But as much as he loved bringing kids to church and irritating the church Bertha Better Than You’s, his true passion was his devoted service to the music ministry of the church.

By the time he’d moved on with Grandma to the Nazarene Church in Port Orange, there really wasn’t anything he hadn’t done at First Baptist Daytona.

His performances as Herod Antipas and Pontius Pilate during the Christmas plays were the stuff of legend. I can *STILL* hear that booming laugh echoing across the cavernous sanctuary (without really needing a microphone!) as he consigned poor Jesus to his fate on the cross. He used to joke that Pilate was the only real promotion path available after Herod short of going on the cross himself and that just wasn’t going to happen.

He’d sing on the “Living Christmas Tree” which was a massive structure that went pretty much to the top of the four storeys of the main sanctuary and the various levels of the tree would have the choir standing there. One year he was near to the top because he was one of the few people that could actually stand being that high up thanks to his experience as a paratrooper.

But if you asked him, his true love was playing in the orchestra and not just because he could play pretty much any instrument that was in it (which was a very nice selection…it was a decent-sized orchestra!).

His instruments of choice were the trumpet which was what he played originally so many years prior in Illinois but he would also play the trombone during most performances even though they both did a number on his teeth. But if there was a missing performer, it wasn’t uncommon to find him playing their instrument as needed.

In effect, he was the music minister without the title or portfolio.

You’d never see him conducting the congregation in singing the hymns nor would he be the public face of the music department and he was perfectly happy for that arrangement.

But I can assure you that I am not bragging when I tell you that they wouldn’t have been able to perform had it not been for his Herculean efforts on their behalf. If you had questions about anything to do with music performance, it was well known where to go and ask and ye would receive what you needed to know.

Prior to my leaving for Orlando at university, it was a rare Saturday that he and I weren’t at the church in the music loft where he’d be transcribing music like mad and I’d be his company clerk xeroxing his musical manuscripts and filing them in the appropriate folders.

Nowadays, it’s pretty easy to order up the music for a given piece and get all of the variations for the instruments in your band so that you don’t have to manually transpose the music.

Back then in the 1980s…not so much. He’d often have the master score for piano that the conductor would use for the several pieces that would be performed by orchestra and choir and then transcribe it for every instrument in the band and every variation of vocal range in the choir.

We had a spot near the copier so that once he finished a particular score, I’d see what instrument or vocal range, figure out how many copies were needed, stuff the copies into the appropriate folders, and build a file of the master transcriptions so that he’d never have to go through that exercise again unless there were instruments added to the orchestra that weren’t there when that piece was played last.

For three or four hymns and any additional music that would be performed (solos, etc.) for the average service, it would take the average person doing all of that transposition and filing work anywhere from 6-8 hours to transcribe and copy it all.

We rarely took more than two hours and most of that was him scribbling on his music paper at such a furious speed that you’d think the resulting score would be unintelligible and yet it was some of the most beautiful hand-written scores I’d ever seen in my life.

I may not read music when I play an instrument (which is why I’ve never played in a band…I’ve always played by ear which drives band directors completely mental) but I can certainly appreciate a gorgeous score when I see one.

As you might imagine, he wouldn’t hand it to me until *HE* was happy with it and his standards were nothing short of perfection.

It rather made sense when you think of it…he was returning of the gift of his talents to whence they came and that demanded nothing less than the best he was capable of delivering.

We did have the odd performance that required more time to transcribe, copy, and file but that was usually the Christmas programme (which would feature ten songs on average) and the Easter service. But by and large, we had a system that worked and the few times we had an audience watching us working like mad, they wisely stayed out of the way and just enjoyed the Radar O’Reilly performance art. 🙂

We’d also ensure that the orchestra pit was properly set up and the microphones were in place and properly wired so that they didn’t have to mess with them on Sunday morning when the cameras were rolling and break down the orchestra pit if the sanctuary stage was needed for other functions.

I can’t tell you how many hours he and I spent there but I an assure you it felt like a full-time job! 🙂

Eventually the church would import a new minister of music to be that public face you’d see on the weekly TV broadcasts. I can’t remember their names to save my life but they had come to Daytona from a church in Charlotte and it was clear they had their sights set on Nashville and an eventual career in music.

I have no idea how that worked out for them but if they were the public baton waver, my father was the heart and soul of the music of that church and I can only imagine how massive a void was left when he moved on to follow his mother.

I just found out that the First Baptist Daytona campus that was the heart of downtown is no more as they started the demolition last year when the church moved out to their new campus off the Tomoka Farms Road.

I’m sure the new place is a lovely facility but for me, I’ll cherish the memories of Dad’s music in that downtown sanctuary. It was such an acoustically wonderful place with a unique feature I’d never seen before in any church I’d visited.

They had a baptismal pool that was about three storeys above the main altar in the grand sanctuary that faced Palmetto. When it would be baptism Sunday, they’d light the pool which had a clear side facing the two-level auditorium so you could see the newly baptised get the full dunking by the preacher.

I’ll admit to the occasional irreverent thought of thinking that pool needed a slide and diving board so it’d be useful the rest of the month. Thinking things like that, sometimes I wonder how I made it out of that building without being struck by lightning. I can only theorise that I was usually escorting Grandma and Grandpa back to the Oldsmobile at the time and the Almighty wasn’t interested in collateral damage as part of the BDA (bomb damage assessment) debrief… 🙂

The buildings near the Halifax River may well be gone in the name of progress but I imagine the soul and essence of the music will stay in that area for much longer than we’ll be alive.

I hope the new residents and businesses in that area will pause and listen for sound of the notes wafting on the wind and find the same comfort I did when the building was rocking to the sound of the music and making a right joyous noise unto the Lord indeed.