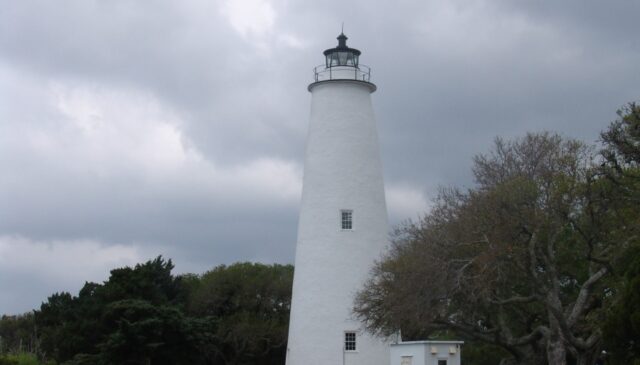 Whilst everyone else was off to Minnesota, this spontaneous trip was meant to do the full loop of North Carolina’s lighthouses on the Outer Banks starting at Ocracoke and going all the way to the Currituck Lighthouse before returning home to Garner.

The best laid plans…this trip sure as hell wasn’t that!

And that my friends is how I ended up stuck on Ocracoke Island during a nasty storm and barely escaped back to the mainland a few days later on the ferry to Swan Quarter. I made the fastest run from there to the Raleigh area to get to Garner just in time to head to RDU to collect the family from the airport.

Not exactly the most relaxing weekend with the winds raging and nothing to do on the island except sit in the hotel room (plenty of choice there as no one else was getting onto Ocracoke Island after the ferries shut down!).

But it was certainly an interesting time…and Ocracoke is a truly beautiful island. If you ever get the chance…go. Just don’t ignore the weather forecasts and blow the distance to the ferry terminal! 🙂