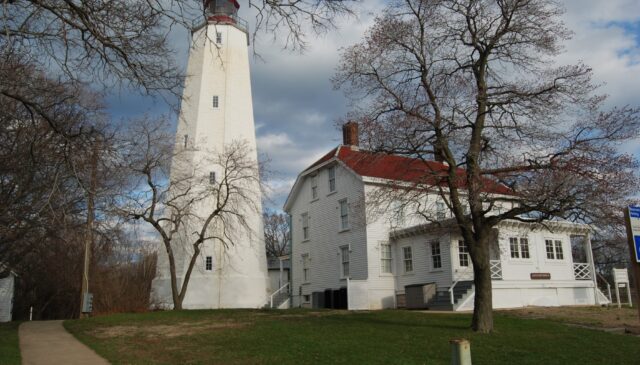 Having completed the set of lighthouses that adorn the North Carolina Coast from Oak Island and Old Baldy all the way north to Currituck in the Outer Banks, it was time to go walkabout to collect some more lighthouses on the way to the hotel in New Brunswick NJ where I’d be staying for a few days of wandering about in NYC.

Our journey starts in Norfolk VA where I stayed overnight to ensure that I’d have plenty of time to make it to the lighthouse at Sandy Hook which is that bit of New Jersey that curls out into the approach to the New York harbour and gives a magnificent view of lower Manhattan.

Along the way, I’d be visiting the following lighthouses (or in the case of the Cape Charles Lighthouse, passing near by as it isn’t open to the public):

I had hoped to visit “Old Barney” (the Barnegat Lighthouse) but unfortunately I lost too much time going into Atlantic City and finding their lighthouse in a rather dismal (check that…bloody scary!) part of town.

Two of these lighthouses will always be very special to me as my Uncle Pete worked at both the Cape May and Sandy Hook lighthouses. Visits to Cape May were never complete without making a trip to see “Uncle Pete’s lighthouse”. If you can climb the lighthouse, the views are well worth the effort!

By the time I got near Sandy Hook, I knew full well I was going to make a little side trip over to Leonardo and Red Bank. I’ve always enjoyed Kevin Smith’s “Jersey Trilogy” movies that started with his independently produced “Clerks”. So of course I was going to visit the Quick Stop in Leonardo to see if Dante and Randal were hanging about and then over to the Secret Stash in Red Bank to see if Brodie was minding the store.

Unfortunately, the weather wasn’t exactly cooperative by the time I got to the beach near Sandy Hook and the views of Manhattan aren’t all that great. That being said, it’s still an impressive sight to see that famous skyline even if the lighting over Gotham was dismal.

I had been close to NYC a couple of times but had never actually ventured into the city so this trip was going to fix that with my base of operations being downtown New Brunswick just a few blocks from the NJ Transit train station. 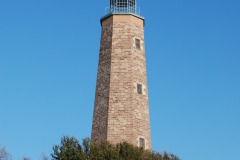 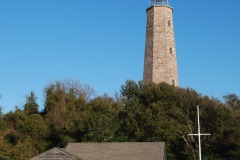 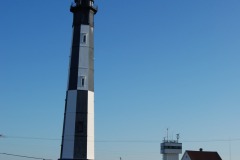 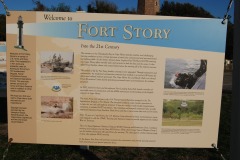 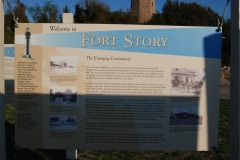 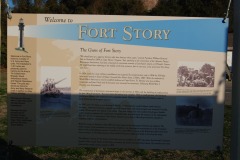 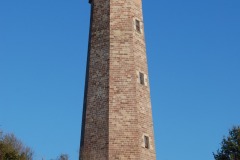 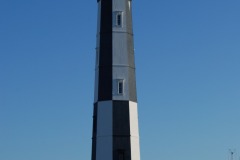 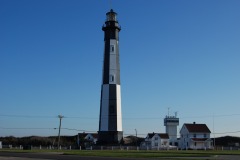 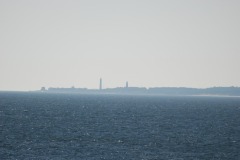 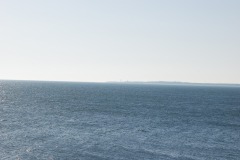 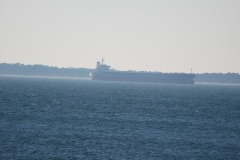 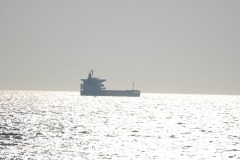 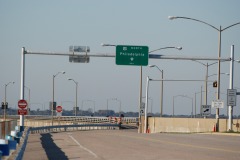 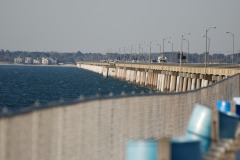 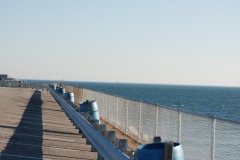 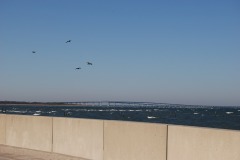 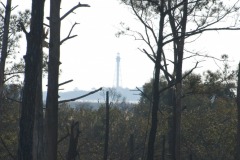 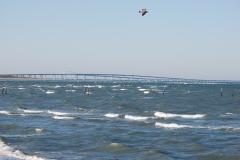 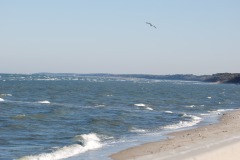 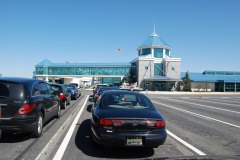 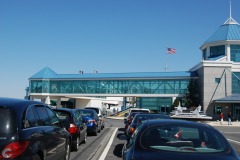