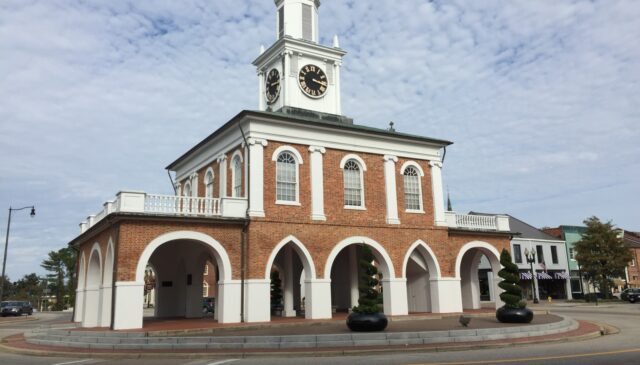 Today I did my first real wedding photo shoot at the Cape Fear Botanical Gardens…the same place I had scouted a week ago with my sister Meghann. The wedding was for her boss Robyne at the Gilbert Theatre and it was a wonderful ceremony to experience. Mind you, I was nervous as it was my first wedding shoot and I can assure you I invoking Alan Shepard’s prayer more than a few times down I-40 and I-95 and whilst I was clicking away.

I really shouldn’t have worried about it…the bride and groom are both consummate actors and the actual event itself yielded some amazing shots that I know will delight them.

I was generally happy to outright thrilled with the vast majority of the pictures. There was only one set I wasn’t particularly thrilled with and those were the ones where Robyne was getting into her dress and veil. It’s not that those shots are *BAD*…far from it. But between the room being crowded and not really feeling a lot of “me” and my creativity…they just didn’t do anything for me.

Fortunately, the vast majority of the pictures did go to plan and having clients who are willing to play after the ceremony whilst doing the family shots is such a happy bonus. My favourites of those are the ones where Robyne and Matt were playing in the stick huts (I was thinking “first home for aspiring actors!” and when we were lining both bridal and groom’s parties up to a junction in the sidewalk and then switching them up.

Anywho, you can imagine how paranoid I was to ensure I had at least three backups of the 1,868 digital pictures that were taken (there were another 37 exposures on Kodak TMAX 400 black and white film but I won’t see those for a few weeks).

Fortunately, there was a lovely oasis of a crafts store in downtown Fayetteville called All Things By Hand (otherwise known as one of Mom’s favorite hang-outs around town!) that had a couch, a table, and most importantly A/C power for the laptop whose battery died over a year ago but I’m too cheap to replace it!

There was also a lovely golden labrador named Emma making sure all was on the up-and-up in the store but once she realized I was just a harmless photographer, she was content enough to settle down on the floor for a nap.

Three backups later (two on separate hard drives in the laptop) and the original CompactFlash cards from the D810 and D700) as well as an export of scaled-down versions of the photos to Meghann’s thumb drive, I actually noticed the wall of really cool colored beads hanging on the wall and realized even though my cameras were still in the Traverse, I did have the iPhone handy.

Then I looked over my other shoulder and noticed that the store is right across the traffic circle from the Market House. There are a couple of things in this world that shout out that I am back in my hometown: the statue of Iron Mike at Fort Bragg (I was actually born at Womack Army Hospital, the old grey one…not the big medical center it is now!) and the Market House which sits on the site of the old 1788 State House which served as North Carolina’s first capital after statehood. The US Constitution was ratified at the State House, the University of North Carolina was chartered there, and the state of Tennessee owes its existence to the cession of North Carolina’s western land claims to repay debts from the Revolutionary War that was signed there.

And even though I live in the current state capital of Raleigh and thoroughly love it here (and have for almost 23 years now!), there still is no place quite like home.