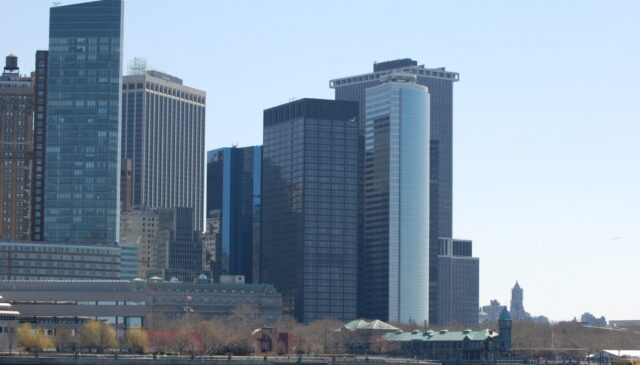 After a nice night’s sleep thanks to utter exhaustion, today’s adventure would start by hopping a train back to Penn Station and work my way over to the Circle Line Tour pier on the Hudson River right at the end of W 42nd Street. This involved a subway and transfer to the bus but thanks to my trial run the night before and a much better subway map, this mass transit journey went much smoother!

Circle Line offers many tours but the two best ones are the two-hour day/night cruise and the three-hour cruise completely circling Manhattan which is the one I opted for today.

This would give me a very good orientation to the NYC geography and make the subway signs actually more meaningful and useful! 🙂

Once the cruise was done, the USS Intrepid Museum is right next door and well worth the visit even if you’re not necessarily a Navy or aviation geek. The Intrepid is a retired WW-II era aircraft carrier and sports a nice collection of planes on the deck and nearby.

One cool bit of trivia comes courtesy of the Concorde supersonic transport that is sitting next to the carrier. If you stand underneath the tail fairing cone and look straight out into the river, you will be looking at the exact spot that Captain Sully landed his US Airways Airbus A320 in the Hudson River when he lost both engines due to flying through a flock of Canadian geese and ingesting a few of them into the engine nacelles.