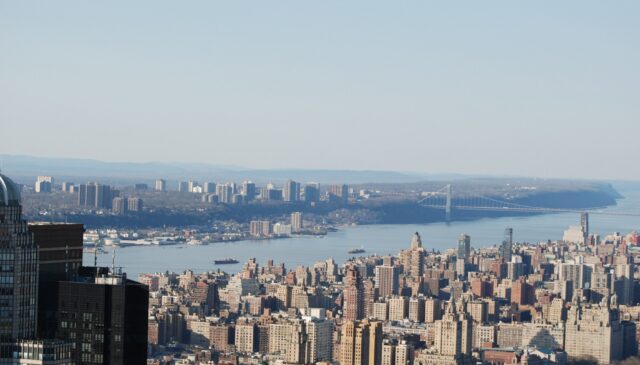 After doing the lap around Manhattan, the next point of interest was Rockefeller Centre, particularly the observation deck dubbed the “Top of the Rock”.

The observation deck on the 70th floor allows a full 360-degree view round the building that is just plain stunning. If you look carefully, you’ll be able to catch planes landing and departing from LaGuardia (LGA) and John F Kennedy (JFK) airports.

My favourite views are of Central Park and the incongruity that is looking north toward the George Washington Bridge and seeing the abrupt change from densely packed skyscrapers to a completely natural landscape on the New Jersey side heading toward the foothills/mountains. It’s just so jarring when you’re standing in one of the most densely populated locations in one of the largest cities on the planet to see what could almost be wilderness only a few miles north!

After coming down from the observation deck, it was time to do a bit more going walkabout using the subway. At one point, I ended up in the East Village where I found the original “Coyote Ugly” bar featured in the movie of the same name!