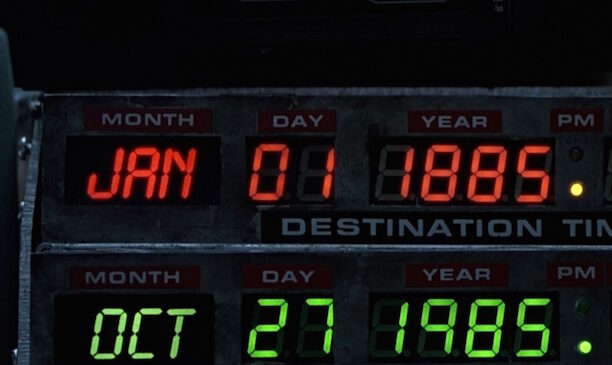 With best wishes for all those wandering about in fancy dress canvassing their neighbourhoods for candies and treats…this evening is for looking at history back some 39 years.

My father was stationed at Ft Sam Houston near San Antonio TX and Halloween came round as it always does. But this year was going to be special…I’d found out a while earlier that Mom was pregnant and due in October and Lee finally made good on the kind-of promise that had been extracted from him several years prior.

Oh, I reckon I should probably explain that a bit. I met my stepfather Walter Lee Redding in the early 1970s after Mom and Dad had separated and took an instant liking to his ready wit and keen sense of humour. So one night he and Mom are at Fayetteville Technical Institute studying together and I get it in my head to ask him for a sister for Christmas.

Mom looked like she was ready for the floor to open up and swallow her. Lee, to his credit and showing how quickly he could think on his fee, tried to dissuade me by pointing out that it was only a couple of months until Christmas and babies take a fair heap longer than that to gestate.

The poor guy didn’t have an answer for that one…nor did he make any promises that night. And I thought Mom was ready to wring my bloody neck for putting the cat amongst the pigeons like that. But I always knew years before he married Mom once the divorce was final that he’d play a big part in my life and I was OK with that if it made her happy again.

It was during the summer of 1981 when I was spending the customary six weeks with Mom in Fayetteville that I got the news that I was going to be an older brother. There was at least one attempt before that I knew of that ended quietly in tears but it looked like this one was going to go the distance.

Fast forward to Halloween in 1981 and I’m done up in fancy dress ready to put the intelligence from the surveillance operations for the week prior into play. For me, the real fun of Halloween was identifying by whatever means necessary which houses had the best offerings and to divine ways to hit them multiple times whilst remaining undetected at it. This intelligence gathering took many forms…clandestine informants (paid and unpaid), direct observation of grocery bags going into houses, the works over the week prior to Halloween night.

What can I say? When your Dad’s Special Forces, you learn a few tricks here and there…

That year was a very successful haul that cleaned out the best houses in the neighbourhood with at least four or five visits of our gang who were in on that caper. My one disadvantage was a panoramic physique that was sure to draw attention on subsequent visits but I knew where all the houses were and who had been there and when they had gone. So we’d switch masks and costumes round and I’d send my minions out to make the rounds again after giving sufficient time for other visitors and memory to confound our neighbours from finding out they’d been had. Multiple times!

So once I’d finished my clandestine clean-out operation and the gang divided up the massive pile of loot, I came in through the back door as usual and ditched my fancy dress in the servant’s quarters (this house was *THAT* old!) and proceeded up the 17 creaky wooden stairs to the top right outside my door.

At that point, I had a kind of funny feeling and instead of heading into my room, I went along the banister to the alcove in the wall halfway down the way to Dad’s room where we kept the upstairs phone. As I reached out my hand, it rang.

That was when I got the joyous news that my long awaited brother had finally been born in Pinehurst and all were healthy and happy.

The next year, Dad had been PCS’ed off to Germany for two years and I was in Fayetteville at Halloween. Mom was imploring me to go out in fancy dress and I flat out refused. The prior year was the last time I truly went round trick-or-treating because it was now Ben’s day and I wasn’t going to be dissuaded.

Ben would return the favour a couple of years later when it was one of the years that I was scheduled to fly in after Christmas day. No amount of imploring or cajoling could get him to open up his presents…he refused to touch them until I arrived.

Four years later, Lee would finally get the gender right when my sister was born (also in late October). Her actual birth date shows up on the time circuits of the DeLorean in “Back to the Future” II and III (kind of cool for us nerds). By that point, Dad had come back home to the USA and was stationed in Jackson MS for his final tour of duty. Unfortunately, I don’t have any cute stories for that night other than I’m sure I made a right mess of myself being so deliriously happy to finally have a little sister.

It was a little later in the evening 39 years ago when I got the news but I was overjoyed when you came to us and I’ve never had any cause to doubt those feelings since…and I remember that night as if it were yesterday. 🙂